Proportionality or Hypocrisy at the UNISON Health SGE? 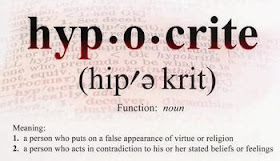 “At its creation, UNISON became a union with the majority of its members being women and from the start put rules in place to ensure proportionality.

Delegates to UNISON conferences and committees across all its structures ensure that two- thirds of those nominated to participate are women, with seats reserved for low paid women.

However, now as the UK’s largest union, the proportion of women members has grown to approximately 75 percent and it is possibly higher, numbering around one million in total.

As UNISON approaches its landmark birthday in 2023, it is the time to review what progress has been made to ensure women are represented in proportion to their strength in the union.”

The motion went on, as was appropriate for a motion to NDC to issue instructions to the National Executive Council (NEC), with the support of whom it was carried, but it is the responsibility of UNISON members and activists at all levels to implement proportionality.

That is why our General Secretary, speaking earlier this year at National Women's Conference called upon men to stand beside women in the fight for equality. She noted that, while “75% of the membership is women, leadership positions don’t reflect that.”

One theme of the criticisms made against UNISON's new left-led NEC, with little subtlety and less justification, has been that they have failed to support proportionality, fair representation and self organisation.

It was with some surprise, therefore, that I learned of goings-on at the Annual General Meeting (AGM) of the Health Service Group Executive (HSGE), a majority of whom are very much not in sympathy with the majority of the NEC.

The AGM of the HSGE elected UNISON’s five representatives on the Staff Council of the National Health Service (NHS).  The election for Staff Council had 5 seats,  at least 2 of whom were required to be registered staff, and at least 2 unregistered.

I understand that clear instructions as to how to make sure that these arrangements, to ensure both proportionality and fair representation (as between registered and unregistered staff), were maintained were produced for the election.

According to the report which I have seen, five women stood for the unregistered seats.

Two men stood for registered seats but no women. One of the male candidates secured the most votes and was elected.

Nominations should therefore have been sought for a woman to stand for the vacant seat (the goal of proportionality would all too easily be frustrated if a man were permitted to stand in whenever a seat intended for a woman was vacant for want of nomination), but this is not what happened.

Instead it was then proposed that the vacant seat be reopened but rather than being a seat for women only, it would become a general seat (open to men or women). I understand that among those supporting this proposal (which went on to be agreed by 22 votes to 11) were those who have been very much to the fore in criticising the majority of the NEC for perceived shortcomings in the approach of the NEC to proportionality and fair representation.

In the subsequent vote to fill what was now a vacant "general" seat the previously unsuccessful male candidate received 20 votes and and his female opponent received 10 votes.

So it would appear that UNISON has only 2 registered representatives on the NHS Staff Council both of whom are male, against the agreed approach to proportionality which has been custom and practice for some time.

Furthermore, UNISON's delegation of five members of the Staff Council consists of three women (60%) and two men (40%), whereas proportionality would require that of a delegation of five intended to be representative of a membership, 75% of whom are women, should consist of four women and one man.

As Christina McAnea had said to Women's Conference, “75% of the membership is women, leadership positions don’t reflect that.” Although the HSGE had agreed sometime previously that the minimum number of women among UNISON’s five representatives on the Staff Council should be three, they had been careful also to specify that at least one of the registered representatives should be a woman.

In 2022, after NDC had concluded that; “it is the time to review what progress has been made to ensure women are represented in proportion to their strength in the union”  the HSGE felt that it was appropriate to backpedal from their previous position in order to allow two men to hold the two registered member seats on the NHS Staff Council (as part of a team of five representatives which does not represent women in proportion to the number of women unison members whom it is representing).

One of the steps which might be taken to address the concerns raised at NDC in relation to proportionality might well be to redesignate seats previously reserved for men as "general" seats, but no one who supported and understood motion 15 at NDC could possibly think that redesignating a seat previously reserved for women members as a general seat was consistent with the will of Conference, any more than it is consistent with our rules on proportionality.

This decision was taken with the support of a number of those who have been prominent critics of our left-led NEC, and the beneficiary of this highly questionable decision (the male candidate who stood unsuccessfully for a place on the NHS Staff Council and was subsequently elected only when the HSGE decided to change the rules for his benefit) is a former President of UNISON, who has, in spite of his previously forthright support for Jeremy Corbyn, been a fierce critic of "Time for Real Change”.

It is often a good idea to judge people by their deeds rather than their words.

You might almost think that the criticisms made of our NEC in relation to proportionality, fair representation and self organisation are not being made in good faith but are simply opportunist attacks from the remnants of the Ancien Régime!