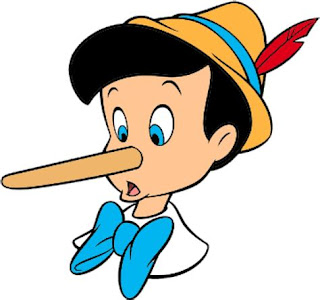 Critics of the left-wing majority on UNISON's National Executive Council (NEC) were cock-a-hoop when National Delegate Conference (NDC) agreed Motion 10 criticising the NEC for some decisions it had taken and instructing them to rescind them.

That motion had its origins in an emergency motion agreed at UNISON National Disabled Members Conference (NDMC). Authorship of that motion has been claimed, in a comment on this blog, by an NEC member unsympathetic to the majority, who also claims to have written most of the speech moving Motion 10 at NDC.

That author’s comment went on to say; “if you want to criticise anyone it should be me.”

It is interesting to note that the emergency motion to NDMC and also therefore the motion to NDC were founded, in part, on a complete untruth.

In criticising a proposal that the NEC might exercise a power, which it had held for 30 years, to permit an unemployed member to (continue to) hold office in the union, the emergency motion (available online here) stated that; “it was confirmed that the right to remain a member and hold elected positions would not apply to retired members.”

This observation was of course critical to making the emergency motion competent for NDMC, as the motion went on to observe that; “this means that a Disabled Member dismissed on the grounds of capability who is given medical retirement will not be allowed to continue to be a full member and to hold elected positions.”

Based upon this premise a reader of the emergency motion can well appreciate why its author went on to state that; “Allowing a non-disabled Member who has been dimissed for misconduct to continue as full member and hold any elected positions, from the role of Shop Steward to President, while refusing Disabled Members forced to take medical retirement the same rights and opportunities could be Disability Discrimination and may put UNISON at risk of legal action from our own members.”

Similar statements were made, and conclusions drawn in the slightly revised version of this wording presented to NDC as motion 10. Had any word of this been true it would be easy to understand why UNISON’s disabled members would have been legitimately angry at the less favourable treatment to which, they were told, they were being subject. Equally, one can see why many Conference delegates at NDC were concerned.

However, a responsible member of the NEC might be expected, before drafting an emergency motion condemning the body of which they are a member to check their facts. In this case, the relevant facts are to be found in the Rule book as it applied at the time.

Rule C.2.4.2 did indeed say, at that time, in respect of unemployed members, that; “they are not entitled to hold office in the union unless otherwise decided by the National Executive Council.” However, Rule C.2.6.3 said in respect of retired members, that; “They will be entitled to stand for office and vote only for positions in the Retired Members’ Organisation unless otherwise determined by the National Executive Council or as otherwise provided for in these Rules.”

I have added emphasis to demonstrate that, at the time at which the emergency motion to NDMC, which went on to become Motion 10 to NDC was first drafted, the NEC plainly had exactly the same discretion in respect of retired members, when it came to permitting them to hold office within the wider union, as it had in respect of unemployed members.

Therefore, whatever may have been said by anyone at any meeting, a competent NEC member would have understood, when they wrote the words; “the right to remain a member and hold elected positions would not apply to retired members” that what they were writing did not reflect the true position.

That is to say it was untruthful.

(Indeed, given that NDC has since passed a rule amendment qualifying the power of the NEC under Rule C.2.4.2, the NEC now has a wider discretion to permit a retired member to hold office in the wider union than they do in respect of an unemployed member.)

Either the author of the emergency motion to NDMC did not bother to check the rules before putting pen to paper, or they knew what they were saying was incorrect.

In my 14 years on the UNISON NEC, I often organised against the majority of my NEC colleagues and wrote speeches to be given against the position of "the platform".

However, I told the truth.

As someone might have said; "Public sector workers are held to extremely high standards and any member associated with something which could be deemed to be untruthful could find themselves subject to disciplinary procedures.”