Injustice in the Labour Party 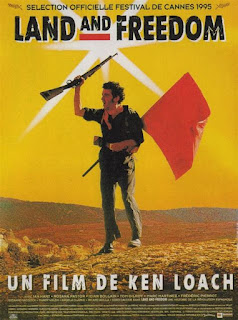 Whilst I was away for a few days I missed (for the first time in a couple of years) a meeting of the General Committee of Brighton Pavilion Constituency Labour Party (CLP), of which I am proud to be Chair. I was also proud to hear that our GC expressed solidarity with Ken Loach, the socialist film-maker who has - quite absurdly - been expelled from the Labour Party.

The repellent use of administrative means to resolve political differences in the Labour Party has now reached a ridiculous stage, at which individuals are being “auto-excluded” unless they can disprove the allegation that they are associated with”proscribed organisations” which are barely even organisations.

Ken Loach has a lifetime of commitment to socialist ideals, but has not always been a Labour Party member - eight years ago I was critical on this blog of his decision to launch the short-lived (and badly titled) “Left Unity”. When socialists such as Loach felt they could join the Party that was a very good sign that our Party was avoiding the decline into irrelevance which has been the fate of many European social democratic parties this century.

Whilst this one expulsion has attracted particular attention, there are others subject to similarly unjustifiable administrative action, including a former member of my UNISON branch, Leah Levane and my old friend and comrade Graham Bash - someone who has given exemplary service to our Party and movement over many decades.

Ironically, on the day that my CLP, in my absence, rightly expressed solidarity with Ken Loach, my partner and I met up with  a former UNISON comrade who had been part of our fight against a political witch hunt in UNISON twenty years ago. We reflected upon the approach of “guilty until proven innocent” which had been applied then in our trade union and is applied now in our Party, and also upon the smearing of those who oppose such witch-hunting.

In UNISON at the turn of the century (and from time to time subsequently) those whom the union bureaucracy wanted rid of were frequently accused of bullying and harassment - and those who argued against obviously politically motivated misuse of disciplinary procedures were accused of defending such bullying and, by extension, of being bullies themselves.

In today’s Labour Party those whom the Party bureaucracy want rid of face allegations of anti-semitism - and those who protest at what they see as politically motivated misuse of the Party’s rules and procedures are accused of defending anti-semitism, and hence of being anti-semitic themselves.

This is not to say, of course, that there was never any bullying in UNISON (either then or now) (indeed, over the course of twenty five years as a Branch Secretary and fourteen as a members of the UNISON National Executive Council (NEC) I witnessed a fair bit, though rarely from those accused of it). Nor indeed is it to say that there is no anti-semitism among Labour Party members, nor (of course) that action should not be taken against members responsible for anti-semitic conduct.

However, the shared features of political witch hunts, which can be very obvious, include “guilt by association” and “guilty until proven innocent”. I have seen these time and again over a lifetime of labour movement activism and see them again now in today’s Labour Party. The motive for the current misuse of Labour Party administrative procedures is plainly to discourage socialists from Labour Party activism and encourage them to leave the Party.

This desired objective is being achieved by the actions of those who joined the Party  as individual “fans” of our former Leader and are now departing because they simply can’t bear what they see the Party becoming. Waiting outside the Party are those in various small organisations hoping to recruit disillusioned ex-Labour Party members. They won’t have much joy with people whose engagement with politics has always been about their own individual feelings rather more than any experience of collective activity.

Of course the answer to injustice is not to do what the perpetrators of injustice want you to do - the result of the elections to the Conference Arrangements Committee have demonstrated that socialist ideas continue to be held by a majority of Party members, but the right-wing candidates (who self-identify as centre-left) secured their best share of the vote in six years. Every individual socialist who gives up their Party card contributes to the project of those who want to eliminate socialism from the Party and, by extension, from our society.

Now more than ever socialists are needed inside the Labour Party - not keeping quiet about our socialism but campaigning positively for the changes we need. Perhaps one day Ken Loach will make a film about it!

Posted by Jon Rogers at 9:27 pm No comments: