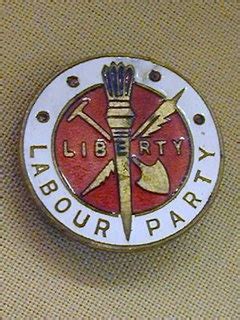 I was very pleased, earlier this evening, to receive the following news in an email to Labour Party members in Brighton and Hove from the Labour Group on the Council;

Councillors Appich and Allcock will be job-sharing the roles of Labour Group Leader and Leader of the Opposition on Brighton & Hove City Council and will work together as a united team to provide scrutiny and constructive opposition in the best interests of the city.

Between Councillor Appich and Allcock, Labour’s new co-leadership team boasts a wealth of experience in the civil service, local government, and the voluntary and community sector in policy areas such as finance, children’s services, health, equalities and culture, and together they will prove a robust and talented team to stand up for local residents.

Councillor Appich and Councillor Allcock are looking to continue and build on the work of outgoing Leader, Councillor Nancy Platts. In her time leading the Labour Group and the Council, Councillor Platts steered Brighton & Hove through the initial stages of the Covid-19 pandemic, oversaw the building of more council and affordable homes, and set up the city’s first ever climate assembly.”

The decision to elect two co-leaders is a bold and pragmatic move by the Labour Group which can be the beginning of turning the Party’s political fortunes in the City around - it is also strictly in accordance with Labour Party Rules.

Since this is pretty much a niche blog for people with an arguably unhealthy level of interest in the goings on within the Labour movement - and since I was once called “Rule Book Rogers” in a footnote to a decision of the Certification Officer I thought it might be of interest to anyone who has made it this far through this blog post to explain why Labour Party Rules absolutely and unequivocally permit the progressive and rational approach of job-sharing the position of Labour Group Leader.

Chapter 17 of the Rule Book sets out Model Procedural Rules, Clause I (the only clause in that chapter) sets out Model Standing Orders for Party Units.

Clause I Part 1 states that; “these model procedural rules are designed to provide a framework for well-ordered Party meetings. Party units will want to adopt local standing orders to reflect their specific method of operation; however, local arrangements must not conflict with the provisions of these model rules which have the full authority of the NEC and form part of the rule book.”

“The conditions under which job shares are allowed are as follows:

Therefore the Rule Book is quite clear that the Labour Group is a unit of the Party to which the relevant rule applies and that the position of Labour Group Leader (although not Labour Group Chair or Treasurer) may be job shared as set out above. Labour Groups do not need anyone’s permission to make the sort of democratic decision which was made this evening in Brighton and Hove.

A united Labour Group, in partnership with a united Labour Party, can now move forward with the essential campaigns which we need to be waging - starting with support for the March for Moulsecoomb on Saturday.