What do the UNISON NEC election results mean for what UNISON does in the Labour Party? 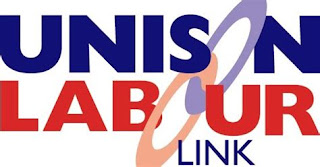 Much commentary on trade union elections focuses on the implications for the Labour Party (which is more than a little irritating since trade unions are about a lot more than simply our relationship with our Party). However, as a Labour Party member (for more than forty years) and formerly a UNISON NEC member (for fourteen years) it does interest me to consider how the change which is coming within UNISON will impact upon our relationship with our Party.

The election of a majority of members of the UNISON NEC who were supporters of the #timeforrealchange “slate” will certainly shift UNISON policy generally leftwards - but to understand how this impact will (or will not) be felt upon UNISON’s Labour Party intervention it is important to grasp how UNISON’s unique “dual” political fund structure, designed a generation ago to insulate our Labour Party work from the influence of “Trots” from former NALGO, still functions today.

The fact that those elected whilst advocating that now is the #timeforrealchange constitute a majority of the UNISON NEC does not necessarily mean that they will constitute a majority of those NEC members who contribute to the Affiliated Political Fund (UNISON Labour Link) and who will therefore elect the twelve members of the Labour Link Committee who are drawn from the ranks of Labour Link payers on the NEC (all of the twelve also have to be individual members of the Labour Party) - if the new NEC majority want to have any influence over how UNISON relates to the Labour Party they all need, if they do not already pay into the affiliated section of the political fund, either to transfer into UNISON Labour Link or (which would probably be better) to apply, with immediate effect, to pay into both sections of the political fund.

At best the newly elected leftwing majority on the NEC can provide up to twelve of the twenty three voting members of the UNISON National Labour Link Committee - the other eleven are currently up for election - the nomination period for which, having opened this week, closes on 14 July. Even with a clear socialist majority on the National Labour Link Committee however, it will be some time before any difference is seen in UNISON’s contribution to the Labour Party National Executive or Annual Conference.

By the time the newly elected NEC will have been able to elect its members of the National Labour Link Committee we will be well past the deadline for nomination of trade union representatives on the Labour Party NEC to be elected at Party Conference 2021 to serve for 2021-22. Therefore the earliest that there could be an impact upon UNISON’s presence on the Labour Party NEC from the UNISON NEC election results declared in June 2021 would be at Labour Party Conference in the autumn of 2022.

If the ability of a socialist majority on the UNISON NEC to influence the Union’s representation on the Labour Party NEC will be delayed, any consequent change to UNISON’s representation at Labour Party Conference may be mitigated even more by the structures bequeathed to us in the 1990s.

Some considerable number of years ago the APF Operational Rules decreed that the composition of UNISON’s delegation to Labour Party Conference would be as follows;

a) two representatives from each of the twelve [now eleven] APF regions. All regions must elect at least one woman each year and four regions, on a rotating basis, must elect a second woman;

b) the Chair and five members of the NAPC [now National Labour Link Committee], at least three of whom should be women;

d) two APF members each from the black, disabled and lesbian and gay [now LGBT+] self organised groups, at least one from each being a woman;

e) two APF sponsored MPs, at least one being a woman.

f) seven paid officials as determined by the senior officer responsible for the APF, at least four of whom should be women.”

I confess that, never having been let anywhere near the Labour Link Committee (as it has been known now for many years) during my time on the NEC I did not keep completely up to date with any subsequent variations in the composition of the Conference delegation.

However, I think that the basic structure of the Labour Party Conference delegation has not changed fundamentally - meaning that those NEC members who pay into the Affiliated section of the Political Fund provide (directly) one twelfth of the delegation and the National Labour Link Committee provide another eighth.

With the best will in the world, a left-wing UNISON NEC, will need at least two years even to attempt to shift UNISON Labour Link leftwards if that is done only from above. Of course - if the NEC can influence the National Labour Link Committee to campaign to change hearts and minds so that there is also a drive for change from below then things could be very different.

Mind you, whether in its old guise of the Affiliated Political Fund or its more recent title of UNISON Labour Link, UNISON’s Labour Party wing has never been particularly good at having sensible or comprehensive Rules - I remember years ago realising that (for example) there was no requirement for a branch Labour Link meeting to have a quorum.

When therefore, some considerable time ago, no one else attended a Branch Labour Link meeting which I had called at short notice, I therefore recognised myself as a quorate meeting, which I elected myself to Chair. Inviting myself to speak, I proposed a motion (which - as Chair - I decided did not require a seconder in the circumstances). Putting the motion to the vote, I found that it was passed unanimously and so it was submitted to the Regional Labour Link Forum.

Unfortunately the newly elected UNISON NEC will not find it quite so easy to achieve results through structures which were carefully designed, some thirty years ago, to ensure that socialists would not be able to influence UNISON’s Labour Party intervention.