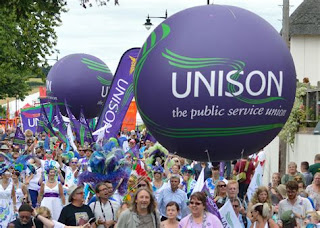 I was pleased to read the opinion of Lord Henry QC on the propriety of motions discussed at the last meeting of the UNISON National Executive Council (NEC) (available online here).

The Presidential Team of the Union, on behalf of the NEC, have sought the opinion of the country’s leading specialist lawyer in the field in order to resolve a confected controversy which has been causing storms in tea cups on social media and in certain UNISON meetings.

When the NEC met on 6 October, knowing that the Vice Presidents proposed to move six motions concerning the conduct of the business of the NEC, it was presented with an unsolicited opinion from junior counsel to the effect that four of the six motions were in breach of UNISON Rules.

Happily - and sensibly - the majority of NEC members did not allow themselves to be browbeaten and passed the six motions, with the proviso that definitive legal advice should be sought from an authoritative source - and the motions would only be enacted if, on the basis of that advice, they were constitutional.

Lord Hendy’s detailed opinion persuasively and convincingly demonstrates that all six of the motions agreed by the UNISON NEC are constitutional and lawful, and demolishes the contrary opinion of junior counsel previously offered to the NEC.

Speaking in my (unofficial) capacity as “Rule Book Rogers” I can only endorse the opinion of the learned Lord. The UNISON NEC is quite entitled to decide to;

This seemingly obscure controversy is a necessary prelude to the majority of UNISON NEC members being able to assert their democratic right to make the difference for which UNISON members voted when they elected them.

Now that any doubt about the NEC decisions (however ill-founded) has been resolved it is time for the officials to work constructively with the NEC in accordance with its powers and to implement its constitutional decisions.

As to the minority of NEC members who did not support the decisions which were  (wrongly) considered to be controversial - if anyone needs counselling or support in coping with losing votes on the NEC (without subsequently behaving in a way which makes one look foolish) I am available to assist at reasonable rates.