TUC - the triumph of hopelessness over experience 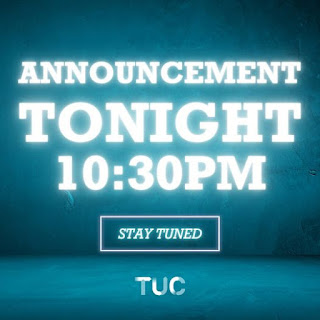 I really should have known better.

After several years of advising Labour Party comrades to be careful what they share on Facebook, I fell, hook, line and sinker, for something of a scam yesterday.

During the day, I noticed that the TUC were advertising, on Facebook, an announcements to be made at 10:30 pm that evening.

As a hardened cynic, and Labour historian, I really should've known better, but I briefly thought (in the context of a strike wave unprecedented in recent years) that this might be an important announcement about some action being called by, or in the name of, the General Council of the TUC.

I can console myself that many others drew a similar conclusion, but I don't have the excuse of lacking either experience or understanding of the history of our movement generally, and the TUC in particular.

When it turned out that the only announcement that was made (on Twitter, and only five minutes late on Facebook) was that the TUC was to start campaigning for an increase in the minimum wage to an hourly rate of £15, there was considerable disappointment expressed online.

I really had no business being disappointed. If anything, I ought to be happy that the TUC is doing anything at all. The history of the TUC is not a history of coordinating action by trade unions and providing leadership to struggle. It is a history of presenting itself as an “honest broker” between unions and Government.

The General Strike of 1926 was not called off because it was insufficiently supported, but because the leadership of the TUC were terrified of what they had unleashed. During the public sector pensions dispute of 2011/2012, if reports received by the UNISON NEC are to be believed, the TUC "office" was even more keen on an early settlement, on almost any terms, than the leadership of the large trade unions who eventually led us into an unsatisfactory settlement.

One of the many amusing features of my 14 years on the UNISON NEC was to hear, from time to time, reports from our officials about the dastardly goings-on which were the responsibility of the "office" of the TUC (although nothing quite matched the sheer hilarity of the anger expressed by the General Secretary upon his return from the Congress of the Public Services International (PSI) at which our candidate had been unsuccessful in an election and, as it was reported to us, the staff off PSI had been less than neutral (and not to our advantage)).

This insulation may serve as some sort of soundproofing. This would certainly explain why Congress House appears at the moment to be listening to the struggles of our class with a tin ear. As laudable as it no doubt is to campaign for a minimum wage to be set at the level of £15 an hour (although it would be better also to demand some form of indexation, perhaps like the "triple lock" on the state pension), there can be little doubt that what workers taking strike action across the economy at the moment are looking for is leadership in their fight for higher pay to address the cost of living crisis.

The challenge which faces comrades on the General Council of the TUC, and delegates attending next month’s Congress, will be not simply to agree the excellent motion from UNISON which sets out what needs to be done, but to ensure that it is acted upon.

I will end with one piece of friendly advice for Congress house.

Don't advertise statements in advance when they are only going to disappoint the people to whom you have advertised them.

Good blog Jon. Initially when I read it I thought Congress House was standing outside with a tin collecting for the poor, not a tin ear! That's skim reading for you after too many zooms in a day xx