What is going on beneath the surface? 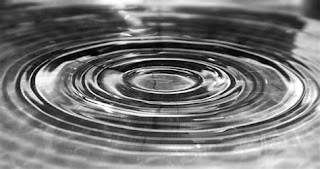 As our movement experiences a strike wave unprecedented in recent times, because our class faces a cost of living crisis which will echo in misery and death throughout the winter unless we fight back, there is (of course) another struggle going on, hidden beneath the surface, in the darker recesses of the movement.

Those for whom the labour movement is essentially a source of power, prestige or employment are diligently protecting their interests from those activists who are fighting for the movement to be primarily a source of hope and empowerment for our people.

As is pretty much traditional when right wing officialdom launches an attack on left-wing activists in the workers’ movement, many victims of the witch-hunt are mischievously accused of bullying or harassing officials of the movement. This is not at all new.

Hard as it may be to believe, even someone as sweet and reasonable as your humble blogger has faced the threat of disciplinary action for having criticised employees of the labour movement (even when that criticism was for the most egregious breaches of the rules of the trade union which employed them!)

There are two reasons why allegations of bullying or harassing staff are commonly made when concocting disciplinary cases against socialists in the labour movement (or three, if you include the fact that being held to account by ordinary members is sometimes experienced by some of the "paid ones" as aggressive).

First, an allegation of bullying disarms potential supporters of a victimised activist. Because bullying at work has increasingly been recognised as a significant problem over the course of the past generation, and all the more so during the period of austerity since the last financial crash, we are all used to the idea that it is important to listen attentively to those who allege bullying or harassment.

As labour movement activists we tend to start from the position of believing and supporting an employee who alleges that they have been bullied or harassed. This approach, which is only sensible when dealing with an employee of a private or voluntary sector organisation or of the (local or central) state, can easily lead us astray when we are considering cases within our own movement. Bullying is the abuse of power. When the powerful accuse their critics of bullying, wise observers look more closely to see what is really going on.

Secondly, it can be easier to secure a disciplinary sanction in cases in which allegations of bullying or harassment of staff are made against activists. Recent changes to the rules of the Labour Party (set out in Clause I, Part 5.B.vii of Chapter 2 of the 2022 Rule Book) have defined “threatening or harassing" staff as a "prohibited act" for which a member may have their membership terminated without the right to a hearing of the evidence against them or the opportunity to cross-examine witnesses.

UNISON also has a separate "fast track" disciplinary process which is applied in cases where complaints are made by staff against activists (the original version of this, which used to be set out in appendix 2 to the UNISON Rule Book, was introduced in 1997 after the union lost an employment tribunal claim and was intended to apply only to cases of alleged harassment, but revisions made in 2017 broadened the scope of the process considerably).

The device of using allegations of bullying to attack left-wing critics also enables those who wish to support the status quo in our movement to jump on a high horse and pompously denounce anyone supporting victims of the witch-hunt for defending bullies.

This has the added benefit that it does not require those sitting on the high horse to think too much about what is actually going on, as that could give them quite a nasty headache.

Whilst the most important struggle facing us is unquestionably the struggle against the Government and employers to defend the standard of living of our people, we cannot abandon the victims of witch-hunting within our own movement, nor can we remain silent when those with power in our movement use administrative means to settle political differences.