Who are the opponents of real change in UNISON? 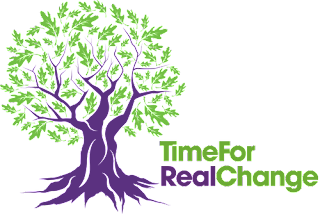 Whilst the country has been gripped by the drama of the decline and fall of Boris Johnson, my trade union UNISON has continued to witness its own little drama.

Opponents of the left-wing majority of NEC members elected last summer are energetically perpetuating a narrative in which these NEC members are in some way illegitimate and behaving inappropriately.

I have commented here recently about how the successful organisation of these opponents in the run-up to last month's National Delegate Conference (NDC) led to decisions intended to express profound criticism of the NEC majority.

In the same way that critics of Jeremy Corbyn's leadership of the Labour Party within the Parliamentary Labour Party prioritised that internal conflict over the need to challenge a, then, weak Conservative government, so the critics of UNISON's NEC, before during and after NDC, plainly see it as more important to wage war within the trade union than to take up arms against the cost of living crisis afflicting our members.

Lenin said , more than 100 years ago, that “politics is a concentrated expression of economics”. This means that any political disagreement reflects different economic interests. On one side of the dispute going on within UNISON stand the majority of paid officials, managed by and accountable to the General Secretary. As I put it in a blog post here after the Special Local Government Conference seven years ago; “The paid officials of trade unions have material interests which are distinct from, but not necessarily in opposition to, the interests of workers who join trade unions.”

I commented at that time on what was then “the predominance of the interests of those who favour institutional continuity” which was evident in UNISON at the time, and observed that; “the strategic approach to campaigning and industrial action as a device to ‘show members that we are on their side’ and to recruit more members (and sustain subscription income) is inexplicable from the point of view of those who refuse to accept that paid officials have material interests of their own.”

A newly elected NEC, a majority of whom wish to assert their authority in accordance with the formal position set out in the Rulebook, as opposed to "the way we do things", poses a threat both from the subjective perspective of those officials who value institutional continuity and to the objective interests of those who depend upon of the resources of the trade union (rather than its bargaining power) for their livelihood, security and pension.

It is instructive that it took a dramatic change in the composition of our NEC before UNISON increased its rate of daily strike pay to a more realistic level. This showed an NEC putting the need to support our members in struggle first, rather than seeing such struggle as essentially a device to win the hearts and minds of (and therefore retain) members and to recruit potential members.

I know from my own experience that among the forces which will be ranged against any NEC member seeking to make meaningful change in UNISON will be the staff trade unions. Trade union branches representing employees of other trade unions represent legitimate stakeholders within the trade union which employs them, but are not equivalent to trade union branches organising workers employed by private corporations, the (local or central) state or voluntary organisations. Having negotiated, over many years, arrangements to protect the interests of their members, the staff trade unions will be a conservative force in the face of proposals for fundamental change (such as extending the principle of democratic election to powerful individuals within the trade union).

Staff who have, in accordance with "the way we do things", been carrying on their duties in a particular way for many years may well experience attempts to assert lay authority, and to hold paid officials to account, as threatening. It is not beyond the bounds of possibility that complaints of bullying and harassment might be made should staff consider that it is simply illegitimate for elected NEC members to hold them to account for the detail of how they perform their duties and spend their time.

The NEC will have to continue to assert lay control of UNISON in the face of what will continue to be obstruction from officials who, whether or not they genuinely believe that they are acting in the best interest of UNISON, will be acting in their own interests.

“Those who favour institutional continuity" within UNISON today are not only the greater part of the paid officials of the union however, but also many established lay leaders at all levels who have become used, over the past 30 years, to "the way we do things" and who share, with many paid officials, both a sincere and genuine belief that they are acting in the best interests of UNISON members, and, in many cases, a material interest in the "institutional continuity" which has been disrupted following the outcome of the last NEC elections.

These established lay leaders in opposition to the new NEC include a minority of NEC members who were leading lights in UNISON’s Ancien Régime (some of whom were used not only to the prestige of holding senior positions over a number of years but also to quite generous arrangements to compensate them for taking time off work in order to hold those positions). Hearing some of these former leaders of the NEC bandying about allegations of (for example) bullying can provoke only a hollow laugh from those of us who can (based upon our own past experience) see hypocrisy when it stares us in the face.

Also among the ranks of lay opponents of the NEC majority are those elements of the Ancien Régime holding national positions in our Service Groups and Self Organised Groups, as well as many of those forming majorities on our (indirectly elected) Regional Committees. Crucially, as far as future Conferences are concerned, it is plain that the majority of the NDC Standing Orders Committee (SOC) are unsympathetic to the approach of the majority of the NEC.

Less crucially as far as UNISON is concerned, but vitally from the point of view of the Labour Party leadership, supporters of the former way of doing things (who really hate to be called "right wing”) will do all they can to continue to call the shots on the UNISON Labour Link Committee, ably assisted by the willingness of the Party officials to find reasons to expel individuals elected to that Committee thought to be likely to be critical of Kier Starmer (thereby rendering them ineligible to serve upon the Committee).

Lay support for those opposing our left-wing NEC is not however restricted to those at national level, who may be thought to have some material interest in retaining their positions and the benefits thereof. There is also a substantial layer of established office holders at branch level, many of whom are likely to be present at conference as delegates, whose views have been formed and shaped over the past decades of retreats and defeats. Their material reality over a number of years has been that the best that the trade union can do is mitigate the harm being done to our members, and that, in the absence of a vibrant rank and file organisation at branch level, branch officers depend very much upon union officialdom for support.

Those lay office-holders who believe that leadership consists in holding a mirror up to the membership, so that they may see their low morale, apathy and demoralisation reflected back at them, will never be particularly sympathetic to those who want to turn UNISON into a fighting trade union. Indeed they may well genuinely believe that those seeking such real change are genuinely illegitimate, in someway intruders or interlopers within our trade union "infiltrating" at the behest of Momentum, or John McDonnell MP, or perhaps the SWP. Many of those who have so internalised years of defeat as to not even recognise their own defeatism hang on in office at a local level because, in the absence of any upsurge in struggle, they will not face a challenge as no one else wants to perform the role.

The NEC can anticipate continued opposition from those who simply do not believe that a better UNISON is possible and who believe that the union had been getting it right for the past 30 years. The most important priority must therefore be to organise and mobilise those members who will be drawn into activism in the struggles to which the cost of living crisis will give rise.

I can only wish the majority of the NEC the best of luck in their continuing struggle to achieve real change in UNISON.