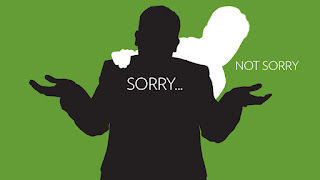 On the day that Black members of the Labour Party were due to hold a protest outside Conference this afternoon about the failure of the Party to acknowledge the findings of the Forde report in respect of allegations six, the Party finally published online an apology from our National Executive Committee (NEC).

The first sentence of the apology sums it up really well; "The Labour Party apologises for the culture and attitudes expressed by senior staff in the leaked report, as well as for the way in which those comments came to light.”

In other words; "we are sorry that some of our senior staff were comfortable expressing vile racist and sexist views to each other, and we are also sorry that one or more of them were so stupid as to ensure that these would be recorded within the Party and subsequently leaked” (or, more simply still; "we are sorry we were so badly wrong and we are sorry we got caught”).

The NEC go on to say; "The Labour Party is committed to ensuring that such a situation will not arise again and that any racist and discriminatory attitudes will be tackled immediately, wherever they arise, in whatever section of the party.”

Likewise in his own statement the General Secretary, David Evans (who has previously featured on this blog), states that; "I also want to offer a commitment to you and all other members that such a situation will not arise again and that we will tackle racist and discriminatory attitudes wherever they arise in whatever section of the Party.”

Even the Leader of the Party gets in on the act, saying; "I want to work with all those effected to drive this work through our party and ensure this never happens again.”

As a loyal Labour Party member I want to believe these protestations and, had the apology been forthcoming promptly when the report was published more than two months ago, I might have done so.

However, my own experience, since the publication of the Forde report, does not encourage me to put much faith in these words.

The General Secretary says now that; "we will tackle racist and discriminatory attitudes wherever they arise” but one of his senior subordinates (a national officer of the Labour Party acting under the NEC’s delegated powers) responded earlier this month to a well-founded expression of concern about racism by demanding that his correspondent; “withdraw, and apologise for, the most ridiculous assertion.”

I see no evidence of a positive change in the culture which is so justly criticised in the Forde report.

Watch that and weep