Can our unions resist a national pay freeze? 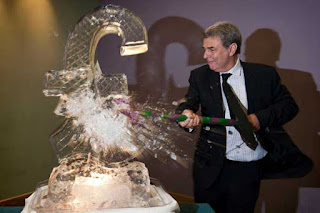 One thing about having been blogging here for so long is that I can look back ten years and see that, in the run up to Xmas 2010 our movement was just beginning to gear up for action against the (then) threatened austerity measures of the new Coalition Government. In 2010 it was clear that the Government were coming for our public sector pensions.

In 2020 the Government have announced - as a reward for hard work during the pandemic - that there are freezing the pay of public servants (with the exception of the NHS). To use the words of the Spending Review document they will “temporarily pause headline pay awards for some workforces.”

Ten years ago it was obvious that the defence of the interests of public sector workers would require a sustained campaign including national industrial action - in the world after the 2016 Trade Union Act, is there any realistic chance of this?

UNISON and UNITE are committed to opposing the public sector pay freeze and the GMB have launched an online petition. I suppose this is a start.

There will be a mountain to climb if the big unions are to get anywhere near national industrial action within the current legislative framework, but without that the chance of shifting the Government is negligible (although one Tory backbencher has tabled an Early Day Motion in opposition to the pay freeze)(!)

The past doesn't give much grounds for optimism.