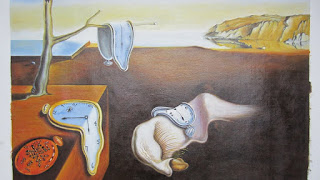 Open Labour have published an interesting little pamphlet, which I intend to read more fully, advocating what it calls a “progressive foreign policy”.

To be precise it is titled “A Progressive Foreign Policy for New Times”. Yes, that’s right “New Times” - I remember “New Times” - a vacuous name coined by those abandoning Communism after the end of the Cold War. All times are “new” as we go through them and later on become “old”. It is not an encouraging start.

These particular “new times” seem to be ones in which Labour moves on from the anti-Imperialism associated with our most recent Leader whilst the USA moves on from the isolationism associated with the (still) incumbent President so that since “it is clear that the UK cannot act alone” we should welcome “signs that a post-populist, open, global centre-left resurgent either side of the Atlantic will have a bigger part to play on the world stage than at any time since the mid-nineties ‘Third Way’.”

Since Open Labour claim to stand in the tradition of Robin Cook it is a shame that they haven’t tried to reclaim his concept of an “ethical foreign policy” - it would be relatively easy to start by tackling the disgraceful fact that the largest customer of the UK Arms Industry is Saudi Arabia (click here for Amnesty International’s annual report on that kingdom).

In 2017 Labour pledged to end arms sales to Saudia Arabia. The current Leader pledged to “put human rights at the heart of foreign policy” and to “review all UK arms sales and make us a force for international peace and justice.” A “progressive foreign policy” is very unlikely to start in the White House, whoever occupies it, but a litmus test for the United Kingdom - and hence for anyone advocating a "progressive foreign policy" for the UK - should surely be an embargo on arms sales to one of the most reactionary regimes on the planet.