Who should elect the Labour Party General Secretary? 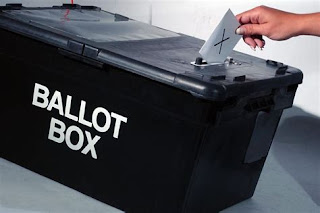 Following my previous correspondence with the Labour Party General Secretary I have not, of course, received a reply - but (along with thousands of others) I got yet another circular email this afternoon;

I wanted to put on record my thanks to the Branch and CLP officers who have been implementing the guidance around motions that I circulated recently. The Labour Party is dependent on the hard work of its volunteer officers, and only with your support will we succeed in changing the culture of the Party and making sure our meetings are a welcome space for all.

I can understand the desire of people to discuss contentious and controversial issues that they feel deeply about. But to be clear, the Labour Party was found guilty of breaking the law on anti-Semitism. We are now not trusted to run our own affairs until we satisfy the EHRC that we have fully addressed the issues that meant our Party is not a safe space for Jewish members.  Just as we should have zero tolerance for all forms of racism, homophobia, sexual harassment and other prejudicial behaviour, our responsibility to double down on anything that may cause members to continue to feel unwelcome and unsafe must take precedence over our rights at this time.

I also wanted to confirm that the effect of my guidance was to rule motions on the topics mentioned out of order. This means they should not appear on the agenda or any other meeting papers, and that there is no requirement for Chairs of meetings to make rulings (nor should there be any resulting challenges to such rulings). I hope this clarification will help avoid any further unnecessary confrontation.”

Thank you for your latest circular email. I realise you will have been too busy to respond to my earlier correspondence and it is nice to hear from you that you appreciate the effort of we unpaid volunteers who are the lifeblood of the Party. As a Party member of more than forty years standing I would have welcomed always finding Party meetings a welcoming space for myself, as a socialist, over many of the years of my membership in which I often found myself in a minority. I am not sure that I can agree with you, however, that our objective is to make our meetings a “welcome space for all” - I think you must mean by “all” “all those who share the aims and values of our Party”. I think that your correspondence generally could be better drafted as I think you sometimes sacrifice clarity for the sake of brevity.

Likewise, having read the EHRC report (and hoping to organise and  to participate in informed discussion among Party members locally of how we respond constructively to its important recommendations) I have to say that I do not recognise your abbreviated caricature of its conclusions. I am even less impressed with the non sequitur in the final sentence of your second paragraph - though if you really intend to “double down on anything that may cause members to feel unwelcome or unsafe” you might want to consider a period of silent reflection as opposed to further correspondence to CLPs.

I note that you intend to “clarify” your previous guidance as meaning that motions on “the topics mentioned” should not even be shown to members or delegates. I appreciate that you believe that the NEC has delegated to you (in accordance with Clause VIII Part 5 of Chapter One of the Rule Book) their power under Clause VIII Part 3 paragraph E of Chapter One to “issue guidance and instructions on the conduct of meetings.” I note that all of your correspondence, up to and including today, has provided “guidance” rather than “instructions” and that our Rule Book clearly differentiates between the two.

I draw to your attention the provisions of paragraph N subparagraph i of Part Two of Clause I of the Model Standing Orders for Party Units at Chapter Seventeen of the Rule Book as follows; “The chair’s ruling on any point arising from the rules or standing orders is final unless challenged by not less than four members; such a challenge shall be put to the meeting without discussion and shall only be carried with the support of two-thirds of the members present.” You have repeatedly circulated “guidance” on behalf of the NEC, but this “guidance” does not overwrite the role of the chair of a meeting and you have not issued instructions.

I welcome your desire to avoid  “any further unnecessary confrontation” and recommend that you read Appendix One to the Rule Book (the NEC Statement on the Importance of our Members) which states that “We do not believe that social change can be delivered solely by a top-down approach,” that “we value the role of our members and our affiliated members as progressive campaigners, community activists and social entrepreneurs who forge positive change in their own neighbourhoods” and that “Party members have the right to participate in the formal process of the Party, vote at Party meetings, stand for Party office and elected office as stated within the rules.” If you wish to avoid “further unnecessary confrontation” perhaps you should be guided by this NEC Statement.

There is a growing body of opinion in the Party in favour of an election for General Secretary by the membership. I think the current incumbent may secretly be in favour of this, given how his conduct is increasing support for the proposal.

For now Clause II, Part 4A of Chapter Four of the Rule provides that;

The recently appointed General Secretary still needs to have his appointment by the NEC approved by Party Conference.

I really hope never to have to blog about the General Secretary of the Labour Party ever again - but instead to be able to focus on the political campaigns which our Party should be waging as we emerge from a global pandemic, suffer from the hardest of "hard" Brexits and face a new wave of austerity.

I love it. That is all and I am sharing on local LP groups....